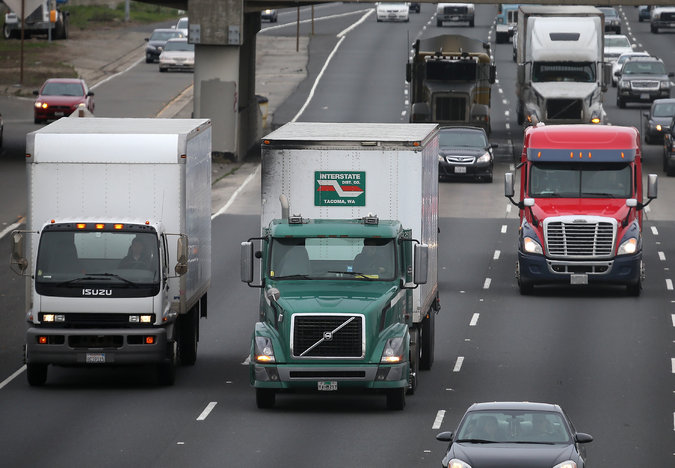 WASHINGTON — Despite being ordered twice by Congress to come up with training requirements for commercial truck drivers, the Transportation Department has yet to do so, leaving Americans sharing the road with big-rig operators who spend only 10 hours in a classroom before hitting the highways.

On Thursday, a group of safety advocates and the Teamsters union sued the Federal Motor Carrier Safety Administration in federal court, saying the agency had dragged its feet on the long-overdue rules, breaking deadlines since 1993, most recently last year.

“There’s just no excuse anymore,” said Henry Jasny, general counsel at Advocates for Highway and Auto Safety, one of the groups filing suit. “This should be basic stuff. People are dying because of the lack of training out there.”

While overall automobile fatalities in the United States have been down in recent years, deaths and injuries involving large trucks have been rising. Fatalities were up 4 percent in 2012, and injuries by 18 percent, for a total of about 4,000 deaths and roughly 70,000 injuries. According to Transportation Department data, an additional 200,000 accidents with large trucks caused damage but no injuries.

Mr. Jasny said new drivers spend barely more than a day in the classroom for training after they complete the relatively simple process of getting a commercial driver’s license.

“They pass a written test, drive a truck around the parking lot for 10 minutes to get their C.D.L. and they’re basically able to go out,” he said. “That’s just not acceptable.”

In a statement Thursday, the Federal Motor Carrier Safety Administration said that “safety is our top priority” and that the agency was engaging in a collaborative process designed to “implement entry-level driver training that includes behind-the-wheel instruction for operating large trucks and buses.”

In 2012, Congress passed its most recent safety legislation, known as MAP-21, and lawmakers originally ordered the Transportation Department to come up with standards in 1993.

When a decade later the agency instituted only a 10-hour classroom requirement, critics took notice and a federal court ruled the standard inadequate. But despite widespread industry acquiescence to stricter requirements — most national trucking companies already offer more extensive training — the rules have never been updated.

The lawsuit accuses the safety agency of ignoring congressional mandates and the recent 2013 deadline.

“Enough is enough,” said Adina Rosenbaum, a lawyer for Public Citizen, which is among the groups filing the lawsuit. “Twenty years, two lawsuits and two congressional mandates have not been successful at prodding the D.O.T. into issuing the entry-level driver training rule. The court should step in and order the agency to act.”

Truck drivers can obtain a nationwide commercial driver’s license through their home state. That generally requires a written test and brief drive around a closed area, similar to the process of getting a regular driver’s license.

While many national trucking companies train new drivers for several weeks, using a combination of classes and driving with a senior operator, the federal requirements still call for only 10 hours, none on the road.

“It’s the fly-by-night schools, the diploma mills that we’re really worried about,” Mr. Jasny said. “Independent drivers, where they take a quick training course and suddenly they’re driving next to you in an 80,000-pound truck.”