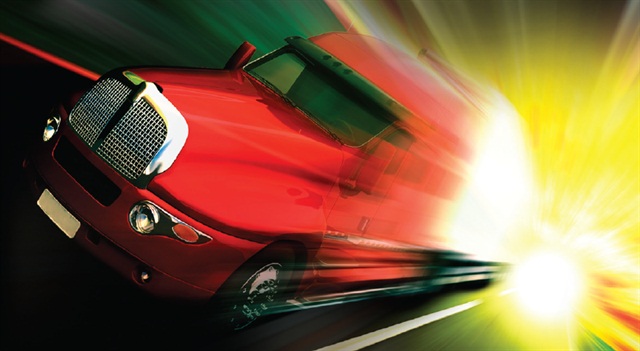 The basic issues of trucking don’t really change – get the freight there on time, do it safely, stay on the right side of the law, keep fuel and other costs down. Yet we are living and working during a time where a lot is changing – technology, demographics, manufacturing, regulations and more. How will these changes affect your business? We’ve come up with 15 trends you should watch next year and beyond.

Driver turnover at large truckload fleets hit an annual rate of 103% in the second quarter of this year, according to the American Trucking Associations, the highest since the third quarter of 2012.

Expect it to get worse, as the economy continues to grow, existing drivers retire, and increasing regulations make it harder for drivers to meet government qualifications.

In fact, truckload turnover could reach over 150% in 2015, predicts Lana Batts, a longtime leader at ATA and the Truckload Carriers Association, now a partner in the merger/acquisition consulting group Transport Capital Partners and co-president of driver screening firm Driver iQ.

At many fleets, the standards for the quality of drivers they hire will be lowered, she says. It also will lead to more mergers as carriers “buy” access to more drivers. And watch for more driver pay increases and other incentives.

Many in the industry, however, are saying higher pay is not enough. Nor is regular home time. Anectodal evidence suggests that sectors that have always had low turnover thanks to higher pay and more home time, such as less-than-truckload and private fleets, are having more trouble finding drivers than ever before.

A longer-term solution will mean finding ways to bring a younger and more diverse workforce into the industry.

“I’m not sure we are taking seriously the void that will be left as they retire in increasing numbers over the next decade,” says Chris Kemmer of CK Commercial Vehicle Research. “Fleets know there is a shortage of techs and drivers and most want experienced people to fill those roles – however, we’re just stealing the limited resources from each other. We need MORE.”

Attracting that younger workforce, however, is a formidable challenge.

Many in trucking would like to see a path for drivers to get into trucking straight out of high school, currently not possible due to federal age minimums.

“The idea to allow younger drivers will gain speed, but the administration will not respond even though younger people have higher unemployment,” Batts predicts.

Even a regulation change wouldn’t address the fact that “truck driver” is not seen as an attractive career, no matter what the pay.

“Most Millennials are college graduates and would rather be a Starbucks barista or a teacher — under no circumstances do they want to be a truck driver,” says John Larkin, managing director and head of transportation and capital markets research for the investment firm Stifel.

Acceleration of U.S. growth for several quarters would push freight growth up enough to push capacity utilization above 100% for six to nine months,” says Noel Perry, transportation economist and analyst for FTR.

The good news about tighter capacity is that it also helps lead to higher rates. Rate increases of between 8% and 10% are expected for the trucking industry no later than the second quarter, according to the annual State of Logistics report compiled by the Council for Supply Chain Management Professionals and Penske.

Kemmer foresees this leading to increased use of private fleets. “As shippers continue to hear about tight capacity and increasing rates, they could seriously consider growing their own fleet to control the capacity to haul their goods. Private fleets can oftentimes offer drivers a better work environment.”
In addition, watch for carriers to work more closely with shippers and receivers to reduce time wasted at the docks. Carriers are giving their capacity to these “preferred shippers” and either charging higher rates or turning down freight from those who don’t play nicely.

Shippers and carriers are also looking to intermodal to help ease capacity constraints, but the railroads have their own capacity problems – and the driver shortage causes problems getting the containers to and from the rail.

“Driver shortages in drayage markets are the worst in the industry,” says Perry.

The driver shortage and regulatory burdens are hampering productivity.

That means fleets are doing all they can to improve the productivity of the trucks they have, from high-tech routing software and moving to drop-and-hook operations to lightweighting and double-decking systems for freight that’s otherwise not stackable.

Longer combinations and heavier trucks might help. Large trucking companies and shippers insist that the current federal limits are outdated and are preventing productivity increases that could go a long way toward relieving highway congestion.

On the other side are owner-operators, safety advocates and labor unions that say heavier trucks are an unacceptable safety risk. And the railroads oppose any capacity increase for trucks.

The 2012 highway bill ordered the Federal Highway Administration to do a comprehensive analysis to provide Congress the background for a decision. The analysis, originally due this fall but now delayed until early 2015, will look at the safety and economic implications of changing the federal limits.

Daimler made headlines this year when it demonstrated its “Future Truck 2025” rig, showing the driver sitting back and perusing a tablet while the truck automatically maintained its lane and distance from other vehicles, even changing lanes, without a hand on the wheel.

Another project, which Paccar is involved in, is working on “platooning,” where technology allows a group of trucks to follow each other much more closely than would be safe with strictly manual human controls, saving fuel for all the trucks in the platoon.

Some believe such technology could help alleviate the driver shortage. But critics argue that autonomous vehicles could be vulnerable to being hacked by terrorists, and that there are ethical issues to deal with, not to mention questions of liability.